John Lien of Orange County Public Schools and Susan Bearden, Director of Information Technology at Holy Trinity Episcopal Academy in Melbourne, were named the FSTE Making IT Happen award winners at FETC in 2015. Both have been leaders in educational technology in their local area and more broadly through various activities.

John is a past-president of FSTE and has been a board member as well as region president and other positions. He is Senior Administrator for Technology Professional Development in Orange County Public Schools, Orlando, and a former middle school science teacher. John has been active also in FCITL and CoSN, two other organizations that support technology in Florida schools. He participated in the ISTE advocacy training and visited offices of Florida representatives and senators in Washington, DC, a few years ago. He has presented workshops and sessions at ISTE, FETC, CoSN and other conferences as well as creating many professional development opportunities for teachers in central Florida. He is a Florida Master Digital Educator. He's on Twitter @jrlien.

Susan has presented at a number of national conferences including ISTE, FETC, CoSN, and Miami Device. Bearden co-founded and moderates the #edtechchat and #digcit (Digital Citizenship) Twitter chats and participates regularly in the weekly EdTechChat Radio podcast for the BAM Radio Network. Inspired by her experiences with Twitter, she developed Tweechme, a mobile app specifically designed to teach educators how to build Personal Learning Networks on Twitter. Connect with her on Twitter @s_bearden and @Tweechmeapp or at www.susanmbearden.com. 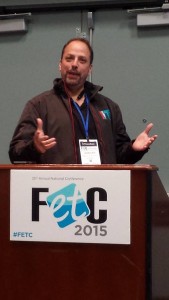 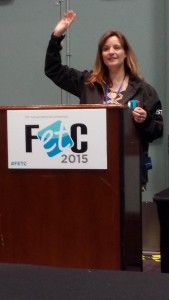