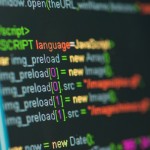 Some states have proposed and passed legislation introducing coding into school curriculum. This past May, Arkansas passed a comprehensive law requiring all public and charter schools to offer computer science courses and New Mexico and Kentucky have proposed similar legislation. However, a newly proposed policy in Florida appears to be the first that would allow languages to be fully replaced with coding. A survey by Oraco Technology in the U.K. announced that Python overtook French as the most popular language learned in primary schools and that six out of ten parents would rather have their children learn to program than learn French. The description of both subjects as languages is suggestive of an academic overlap. However, while programming and linguistics do share certain aspects, as Amy Hirotka from code.org says, “We still believe [coding] is fundamentally different than a world language.”

“Obviously, if you can have computer language skills, you can communicate with people all over the world,” explained State Senator Jeremy Ring, a Democrat who made his fortune as a Yahoo executive and is for Florida’s Senate Bill 468. “Technology is the great equalizer.” Programming languages may be loosely dubbed “languages” based on their underlying structures of vocabulary and syntax, but much to Senator Ring’s chagrin, coding will only assist in communication with a machine, while a world language will teach one to communicate with people irl. A programming language can technically be called a language, albeit a constructed language and not a natural language, in that it is created to communicate information from one entity to another. Still, this means that programming by definition is not a foreign or world language and shouldn’t be treated as one.

Erin McCormick from Middlebury Interactive reflected on her education experiences, revealing that early exposure to programming did give her the confidence and practice in a structured approach to abstractions that later helped her language learning abilities. Her conclusion however, was not to bunch the two subjects together; “Instead of debating which is more beneficial for our students, why can’t we recognize the value of both coding and world languages as important 21st Century skills and the unique opportunities they each create?” Similarly, Fabiola Santiago wrote for the Miami Harold; “Surely high schools should offer computer science courses (fund them!), but not at the expense of another valuable subject that is just as important in today’s competitive job market.” The U.S. is currently facing a shortage of bilingual teachers, as well as a shortage in technical talent, and both subjects need to be incorporated into U.S. curriculum.

Are you attending FETC 2016? → ← Florida May Let Students Get Foreign-Language Credit for Computer Coding: Ed Week